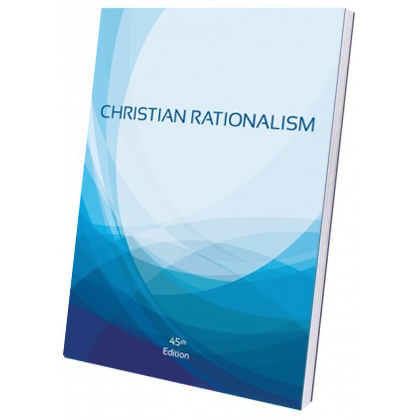 The aim of this book is to enlighten readers in a concise and simple way about the meaning of life through a spiritualistic point of view. Explaining the principles through which one can coherently form an understanding of the Whole Universe – that is the Life in the Universe in its ample and constructive aspects – and with it, one can identify oneself as a participant in an evolutive process.

Since ancient times, human beings have questioned the mysteries of life: where one comes from, what will be one's future, what will happen after death, and what is the meaning of life. These are the questions that have been asked for a long time.

The longing for learning about the apparently obscure transcendental world led humanity to create myths and fantasies. In the heart of spiritist phenomena, myths were created about the existence origins. Based on these, it was determined what should be commonly accepted and what was not allowed to be acknowledged about the Universe.

And it was like this for a long time, until the idea to test theories via experiments flourished.

The experimental method, the basis of modern science, contributed to the dismissal of myths and taboos but created a distance between science and the conceptions of spiritual nature. Nowadays, therefore, the very same scientific stance begins to divest the validity of this distancing. A wave of interest is being formed with respect to methods of investigating that differ from the traditional ones. As one can determine similarities between current physics theory, through experimental methods, and some metaphysics concepts, originating from mediumistic researches, which in other words are investigations based in perceptive capacities that surpass the possibilities of the five human senses.

In this context, it may be a sign of a change in paradigm of the scientific method, which resurges and renews itself, in an evident way within the studies accomplished in the spirituality sphere. In this field, the results escape the limits sorted by science itself. However, in a serious investigation of metaphysical phenomena, it is not by the fact that exists external evidences that are resistant to the repetitious experiments screening that one should diminish the importance of the internal evidences that shows that the spirit's essence is a parcel of the Whole Universe. A parcel that is inseparable and indistinguishable of the Whole.

The research of the extrasensorial sphere is read as a transcendental aspect of life. Therefore, due to being vast and deep, it presents difficulties related to the building of a unifying synthesis. Sometimes the results are lost in digressions of an intellectual nature, and in many others they get fainter within mystical and fanciful considerations. Luiz de Mattos, humanist and expert in spirituality, codified Christian Rationalism, an enlightening philosophy, to answer the innermost questions about existence and to offer a safe guide for living in this world. He formulated the basic postulate that Force and Matter compose the Universe. He outlined in a clear way the principles that should rule life on Earth, and he established, based on study, the code of conduct for conscious, balanced, and harmonious living.

Without any conceit and within the phenomenal reality of the unfolded evolutive process, Luiz de Mattos contemplated the theoretical aspects of spirituality, without neglecting to provide the implications arising from this knowledge in actual daily life.

Christian Rationalism was codified by Luiz de Mattos between 1910, the year of the foundation of this philosophy, and 1914, when he published the first edition before it was named Rational and Scientific Spiritism (Christian). In the period between 1915 and 1926, year of his passing, three more editions were published, updated by the spirituality master himself. The original name was maintained until the fourteenth edition in 1940. From the fifteenth edition, in 1942, this oeuvre's name changed to the current title.

In 1939, for the first time, this book was translated from Portuguese into English. The current edition is available simultaneously in both languages. The English translation goal was to maintain the paragraphs' fluidity and the writing style accordingly to the original book in Portuguese, within the potentials of each language.

In an adequate way, some expressions of some sections of this edition were updated to facilitate comprehension by the ones who study spirituality, maintaining the philosophical content of fifteen chapters of the prior edition, disposed in an order that allows the researchers in general to develop a line of thought that will lead them to their own conclusions.